Why I wrote Poisoned Honey

For centuries, people have imagined Mary of Magdala as a reformed prostitute. We've seen her portrayed this way in numerous paintings and sculptures, books and movies.

The Repentant Magdalene, by Guido Reni

But there's no evidence that she was ever a prostitute of any kind!

Another idea about Mary Magdalene, spread through recent novels and movies, is that she was Jesus' wife and the mother of his child. Again, I didn't find any convincing evidence for this Mary.

From all my research, what does seem clear about Mary Magdalene is that
--she was from the town of Magdala
--she was tormented by what she believed was a horde of demons
--she was healed by Jesus
--she became one of his closest disciples.

This is the Mary Magdalene of Poisoned Honey.

More about Mary of Magdala

Rehabilitating the image of the Magdalene
Beatrice Gormley's meditation on what writing "Poisoned Honey" meant to her.
"Who Was Mary Magdalene?"
Answers to FAQs about Mary Magdalene
St. Mary of Magdala: Apostle to the Apostles 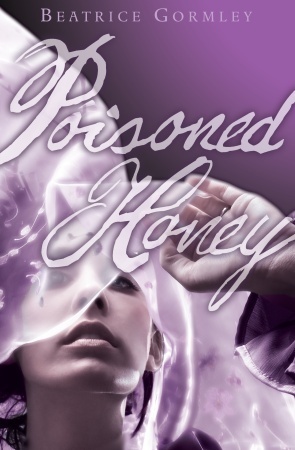 A story of Mary Magdalene

Who is Mary Magdalene? A prostitute? A saint? A madwoman? A goddess?
Her story begins with Mariamne, a gifted but vulnerable girl who knows little of the world. Much as Mari wants to control her own destiny, she soon learns she has no such power.
This portrait of one of the most misunderstood and controversial figures in the Bible traces a young girl's path through manipulation and possession, madness and healing, to a man who will change the world forever.

"What a great book! Once I started, I had to read it straight through. Readers will be enthralled by Poisoned Honey as it brings the story of Mary Magdalene to vivid life."
Esther Friesner, author of Nobody's Princess

Mariamne is the pampered daughter of a Magdala sardine merchant, and she has always experienced visions—or perhaps they are just flights of fancy. But after several tragedies, including the deaths of her father and the young man to whom she’s betrothed, Mari’s hold on reality becomes shakier. A fortuneteller shows her how to use charms and amulets to escape the hardships of living with the elderly husband her family has found for her, and when one of the incantations seems to kill him, as she had hoped, Mari sinks deeper into dependency on the voices she hears. The story of Mary Magdalene has been told and retold, but usually not for this age group. Gormley gives readers a Mary who will seem familiar to teens, full of pride and passion, hopeful yet hesitant. She sets her heroine against a remarkably well-detailed firstcentury milieu that captures everyday details and also makes strong statements about the place of a woman in that society. Affecting in the way of The Red Tent (1997), this is a strong choice for mother-daughter book clubs.
Booklist

As she did in Salome (2007), Gormley crafts a gripping reimagining of a biblical figure, this time Jesus' disciple, Mary Magdalene. The author brings to life the culture of first-century Palestine, skillfully exploring the impact of family obligations, gender roles, business practices, and Jewish/Gentile religious customs on a young woman's decisions. After the prophet Miryam tells 13-year old Mari in a vision, “you are consecrated to a higher purpose,” Mari convinces herself she can obey her spiritual calling by submitting to an arranged marriage. But when fever takes the lives of her father and her fiancé, Mari becomes dependent on less benevolent men and is faced with bitter choices. Gormley's portrayal of Mari's gradual possession by evil spirits proves both convincing and terrifying, as demons force her to alienate herself from family and friends, setting the stage for a climactic miracle of deliverance. Gormley creates a memorable portrait of this famous but often misunderstood character, along with compelling characterizations of Matthew the tax collector and Jesus, making this book an important contribution to the genre of biblically based fiction. Ages 12–up.
Publishers Weekly

Poisoned Honey is the tale of a woman many of us know as Mary Magdalene. Very little is known about her, though much is speculated, and Beatrice Gormley is here to tell us, in her wonderfully straightforward prose, what she imagines Mary Magdalene's life to have been like. When I first read the summary for this book I was quite intrigued. Many YA authors have tried to unravel the young lives of famous women in Greek and Egyptian mythologies, but I haven't seen many try and tackle the life of a Christian character. Because of this, I thought Gormley's book might be a bit controversial and wanted to get a look at it myself. The beginning is a bit slow as it sets up the time period, but is well written and interesting nonetheless. As the story unfolds we begin to recognize many of the well known Christian characters (despite the fact that many of the names are vaiations away from what most of us have heard) in a way that is far different, but still characteristic and respectable. The portrayal of Jesus, Mary, and Matthew are all wonderful. This truly isn't what I expected at all. It's touching and deep and doesn't delve too far away from the core beliefs of Christians to be considered blashphemous, At the same time, it's told so differently that I believe anyone of any faith would enjoy it without being offended.

I honestly can't tell you how glad I am that I read this book, and I would recommend it to anyone!
Arya S., Book Diva Reviewer

Read an excerpt of Poisoned Honey:

Prologue: What Is My Mission?

I was possessed Possessed “with seven demons,” as they say. That means as possessed as you can possibly be. Possessed, body and soul.
Now I am healed. Instead of being chained in some lonely place like a wild beast, I'm back in my family's house, fully clothed and in my right mind. I'm grateful for each simple blessing. Thanks be for the taste of bread dipped in olive oil at suppertime! Thanks be for the sound of voices--human voices--at daybreak!
But what now? What about the mission that was revealed to me?
In the moment of my healing, when the rabbi drove the demons from my body, I caught a glimpse of the kingdom of heaven on earth. Rabbi Yeshua looked at me with eyes of love, and I understood that the Lord loves each person that way. I thought the whole world was transformed.
But the world was not transformed. My brother had not glimpsed the heavenly kingdom. He wasn't even interested in hearing about it. Neither was my mother, or, of course, my uncle. They're relieved that I'm healed, but now they expect me to take up my part in their household without further fuss. And they expect me to leave quietly, before long, for the household of whatever husband they find for me.
Am I to follow the path trod by my mother, my grandmother, my cousins, my sister--by every woman I know? Could it be that this ordinary path of women is itself the "high purpose" hinted at in my visions and dreams? Was it for this that my soul soared on eagle's wings, and that the prophet Miryam appeared to me?
No. No!
I am bewildered. And I am afraid. The demons aren't really gone. I don't hear their voices . . . yet. But I sense them lurking silently. If I abandon my mission, will that be the signal for them to move back in?
I don't know what to do. If Rabbi Yeshua were here, I would plead again, "Help me."