Malcolm as a child. 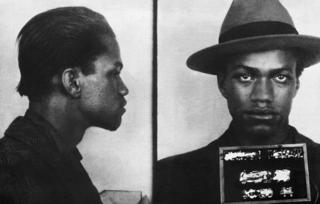 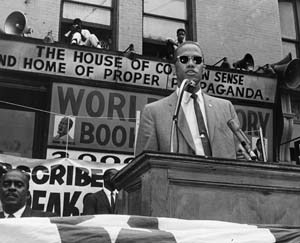 Malcolm at a rally in Harlem

Malcolm with his daughters.

Malcolm and Martin Luther King, Jr. liked and respected each other.

Malcolm visited Egypt on his way to Mecca.

Malcolm shortly before his assassination

The pictures in this column are in chronological order. They are thought to be in the public domain. 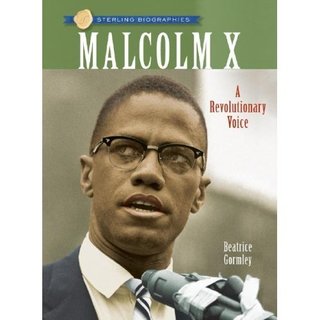 Struggling with poverty and racism as a boy, Malcolm X grew up to become the leader of a black nationalist group. A powerful speaker, he dared to voice his frightening observations about race problems in America.
For that reason many people, black and white, feared and even hated him. For the same reason, many people saw him as a hero—someone who was unafraid to speak the truth as he saw it, and was willing to stand up and fight for black equality and power.