When I was growing up, I played a lot of games: board games, card games, sports. Games were exciting, and I liked the challenge of getting better and better at them. But sometimes I wanted to win so much, I could hardly stand it! Also, the trouble with winning was that someone else had to lose--and they might get mad at me.
To tell you the truth, I still have these mixed feelings about games.

Sequel to The Magic Mean Machine 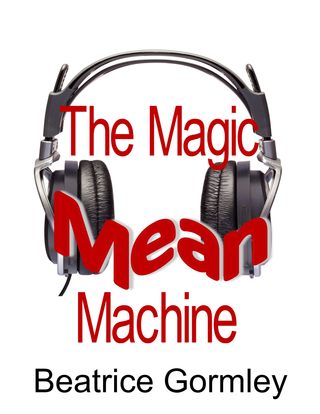 How can Alison Harrity beat that bully Spencer Cunningham? Alison would have a good chance to win the fifth grade chess tournament—except that Spencer is cheating his way to the championship. And Alison isn’t pushy enough to stand up to him. Then Marvin Smith, a science wiz, invents the DISAST to help Alison get really tough. But is it worth it to win the tournament, if she loses all her friends?

Praise for The Magic Mean Machine

"Kill! I wasted you!"
This was such a delightful little book. It's a shame it's apparently not so well known! It's about a fifth-grade girl, but there's not really anything too terribly girly about it; a bookwormish young boy will easily enjoy it as well.
The protagonist, Alison Harrity, is an ordinary, nice girl, not terribly intellectual but apparently cultivating a fledgling interest in intelligent things. In the hopes of winning the fifth-grade chess championship, she seeks the help of Marvin Smith, a science super-genius from her older sister's class, who discovers her problem: she's just too nice and gets shaken up whenever she plays against any other serious student. To remedy this, Marvin invents a neat little device: the "DISAST," based on a rewired Walkman, which will stimulate Alison's hypothalmus.
But even as the experiment works brilliantly, Alison begins to incur the frustration and suspicion of her friends and her teacher, who are alarmed by her sudden aggression and snappy behavior. The whole project may be threatened by the unending curiosity of Alison's untrustworthy older sister, Maureen. And as time goes on, Alison herself begins to wonder if she might not be courting long-term bioelectric modification. . .
Yes, the idea of an eighth-grader inventing such a device is rather fantastic, but children won't mind, and furthermore, a well-written "magic" story is never to be read literally. It is an excellent and non-insulting allegory for young children who cannot yet understand the appeal and danger of illicit drugs: they promise a rapid solution, and the letdown is not without permanent effects and serious disappointment. Both Marvin and Alison let their ambitions get ahead of their prudence, and it will take their friends to save them.
The message is positive, but the book itself is also cleverly written: there are meaningful metaphors and symbols throughout and each subplot both surprises us and advances the story quite well. The characters--both primary and secondary--are contemporary, sympathetic and familiar, yet richly complex and well studied; American schoochildren will have no problem relating to them but will be inspired all the same.