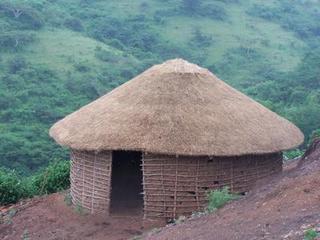 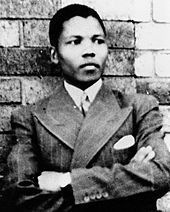 Lime quarry on Robben Island, where Mandela was imprisoned for many years.

He emerged from 27 years of prison, determined to lead. But not to hate.

A young troublemaker grows up to be a civil rights activist, president of his country and world leader in this overview of the life and work of the Nobel Prize-winning peacemaker. In an engaging narrative that avoids hagiography, Gormley chronicles Mandela's childhood and youth as a village herder, his successful career as a lawyer defending victims of South Africa's apartheid policies, his work with the African National Congress, his imprisonment on Robben Island, his presidency of post-apartheid South Africa and his efforts later in life as an international peacemaker. She effectively describes the gross injustices and absurdities of apartheid policies, including numerous examples of Mandela's personal experiences living in a racist society. Mandela's extraordinary ability as president to ease both the fearful suspicions of whites and the vengeful impulses of long-oppressed blacks, preventing the nation from plunging into civil war, is appropriately depicted as his crowning accomplishment. The author does note that Mandela was less successful in his personal life, with two failed marriages and estranged relationships with his children. A complete, informative introduction to a nonviolent revolutionary and one of history's most important champions of human rights. (photos, timeline, glossary, source notes) (Biography. 10-14)
Kirkus

Gr 5-8–Rich in anecdotes, cultural background information, political events, and key people in South Africa’s history, this latest biography of Nelson Mandela is an illuminating read for middle grade students. Born in 1918 into the Thembu tribe in South Africa, Mandela spent his early childhood as a cow herder, absorbing the stories, culture, and customs of his people. At age 12, Mandela’s dying father arranged for his son to become the ward of the prosperous, educated tribal regent. Mandela’s life and aspirations changed as he was introduced to education, boarding school, city life, a legal career, and the injustices and oppression of the ruling white minority in South Africa. When the brutal apartheid system became law in 1948, Mandela emerged as a charismatic leader in the fight for human and civil rights, promoting freedom through nonviolent protest, enduring 20 years of imprisonment, and becoming president of South Africa after his release. Until his death at 95 in 2013, Mandela continued to speak out against violent conflicts, human rights abuses and the spread of AIDs in South Africa and neighboring countries. Mandela emerges as a strong but imperfect person whose marital and family responsibilities were often overshadowed by his activist commitment to freedom and equal rights for all South Africans. Gormley’s inclusion of Mandela’s personal experiences with discrimination, as well as details about his love of boxing and fine clothes, add a richer dimension to this larger-than-life icon.–Gerry Larson, formerly at Durham School of the Arts, NC
School Library Journal